This research project looked at the linkages between accessibility, mobility and activity participation in the developing world.

Socio-spatial segregation and inadequate urban transport provision are critical factors in exacerbating income and wealth inequalities in cities. And they often represent major barriers for improving urban livelihood conditions for disadvantaged groups, particularly in the developing world. In addition, the poor are disproportionately affected by key externalities generated by transport, including road accidents, air pollution and displacement. As a result, contemporary urban development linked to conventional motorisation in cities tends to have socially regressive effects. At the same time, transport and urban form can have a positive direct effect on the poor and disadvantaged groups by increasing their ability to access goods, services, and economic opportunities, and by providing opportunities for participation in the supply of transport-related infrastructure and services.

A number of recent studies have drawn attention to the links between transport accessibility and urban poverty by examining differences in travel behaviour among different income groups. There is little research, however, that adopts a consistent methodology across a range of cities, allowing for comparison of urban spatial structure and transport provision and its impact on the distribution of accessibility among different socio-economic groups. This research project looked at accessibility levels across different socio-economic groups in three developing world megacities; Istanbul, São Paulo and Mumbai and is testing methodologies for assessing distributional effects of new public transport infrastructure in the case of Bogotá, Rio de Janeiro and London. 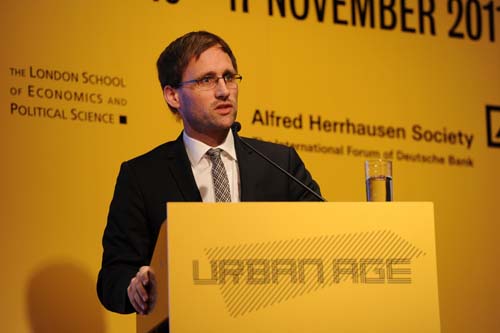