The 2014 Urban Age conference investigated the link between urban governance and our capacities to engage with and shape the future development of cities. As India enters a critical juncture in its development path and embarks on a major new urbanisation initiative, its cities will be key sites of evolution, contestation and opportunity. Speakers from different parts of the world met in Delhi to exchange experiences on decentralisation and devolution, leadership and institutional capacity, and new forms of network governance. The conference enquired into the underlying conditions and processes that allow for the participatory, effective, accountable and future oriented decision-making for cities.

The accompanying Urban Age investigation showcases interdisciplinary analysis of the major governance challenges facing cities and the strategies that are being adopted to cope with these. Alongside Delhi, governance structures and dynamics in London, Bogota, Tokyo and other cities are also explored. Discussions analyse the way urban governance operates and shapes the following key interlinked policy issues in cities: sustainable growth, innovative infrastructure, and social inclusion.

The conference, hosted in partnership with the National Institute of Urban Affairs (NIUA), was held in Delhi on 14-15 November 2014 and acted as a platform for exchange and debate amongst over 350 policy-makers, academics, business leaders, urban designers, architects, and representatives of NGOs and local community groups. It built on the Urban Age network established through previous conferences held since 2005 in New York, Shanghai, Mexico City, Johannesburg, Berlin, Mumbai, São Paulo, Istanbul, Chicago, Hong Kong, London and Rio de Janeiro.

Follow us @LSECities or register for LSE Cities email updates. 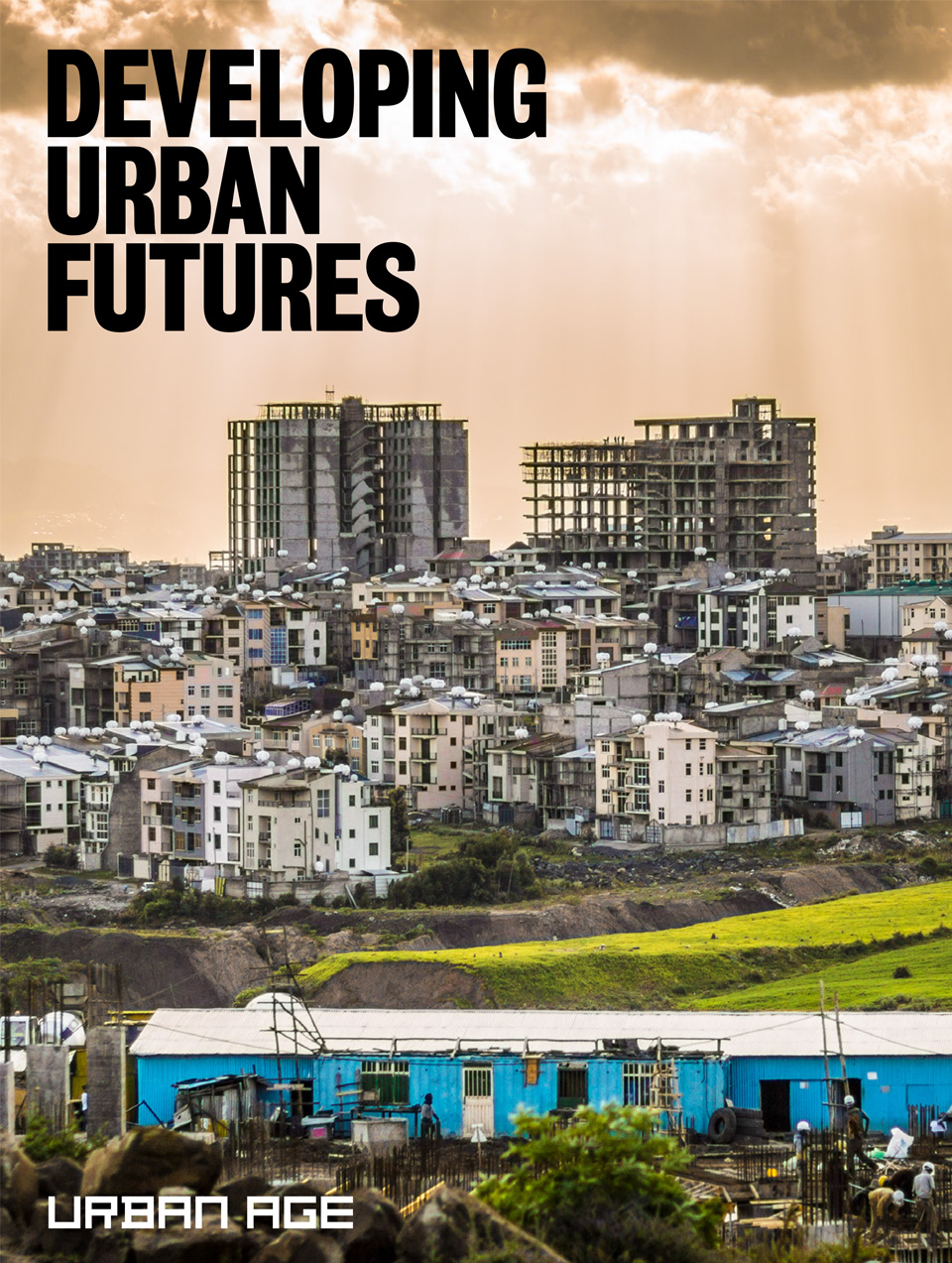 The Urban Age turns its ‘reflexive lens’ to Africa after a series of international conferences that have allowed us to assess selected cities in hotspots of urban growth and change across the world. For 15 years, the Urban Age project has conducted a worldwide investigation into the future of cities, holding conferences, generating research, curating exhibitions, publishing books (most recently Shaping Cities in an Urban Age) and producing newspapers like this one to explore the relationship between the design of cities – how we live, move and work – and how they can be better governed and managed to tackle the challenges of, for example, uncontrolled sprawl, inequality and climate change. The final leap towards an ‘urban age’ requires urgent exploration. 2.5 billion more people will be living in cities by 2050, the vast majority in Africa and Asia. Yet, much of the infrastructure to support this urban expansion is yet to be built. To contribute to the exploration, the Urban Age has carried out new research on African cities in the build-up to the Addis Ababa conference on Developing Urban Futures. The dynamics of growth and change of ‘young’ sub-Saharan African cities – their size, population, density and social and economic profiles – are presented alongside those of emerging cities in Asia and more mature urban centres of developed nations. The aim is not to create a ranking of urban performance or ‘success’ but to better inform the decisions that are taken today that will shape urban lives for generations to come. The risks associated with steep and unmanaged urban growth are high. The essays in this publication provide context and perspective on the challenges faced by developing cities: from fragmented urbanisation and economic inefficiency, to environmental damage and limited democratic accountability. As the location for the 17th Urban Age conference, Addis Ababa, with its distinctive model of urban transformation in Africa, is explored in greater detail as a basis to frame questions around our shared urban future. With the help of over 60 experts and policymakers from 26 cities in Africa, Asia, Europe, South and North America, the Urban Age conference in Addis Ababa is designed to create common ground to take the debate about Developing Urban Futures further. It is the continuation of a conversation that since 2005 has investigated over 40 cities globally, engaged more than 6,000 people and given voice to 500 urban experts, scholars, practitioners and policymakers. We welcome you to the 2018 Urban Age.   Ricky Burdett, Director, LSE Cities, London School of Economics and Political Science Anna Herrhausen, Executive Director, Alfred Herrhausen Gesellschaft